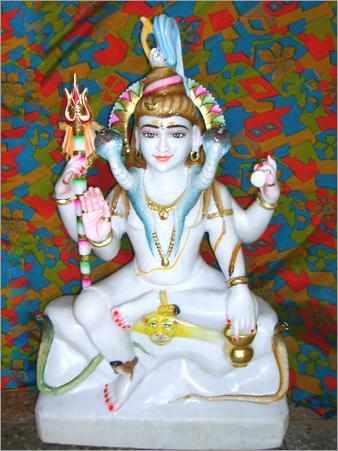 This idol of Shankar ji (Shiv ji) is made from white marble.

The height of this murtis is 30 inches.

Shankar ji lives in the himalayas.  Snakes are very dear to Shankar ji and they have permission to come on their body.

Their armour is Trident (Trishul) which is in their right hand.

They also play a musical instrument called Damru which is shown in their left hand.  They play this and dance to their merry.

Mother Ganga (also called as River Ganges) comes out of their dense hair on the head.  Mother Ganges chose Shankar ji's head when she came to earth from heaven.  It was Lord Shankar ji who could bear the strong fast blow of River Ganges coming from heaven and then passed it on to Himalayas.

Lord Shiva is called the God of the Gods.  We bow our heads in his respect.

We will be pleased to serve all the devotees by making and sending his murti to them all around the world. 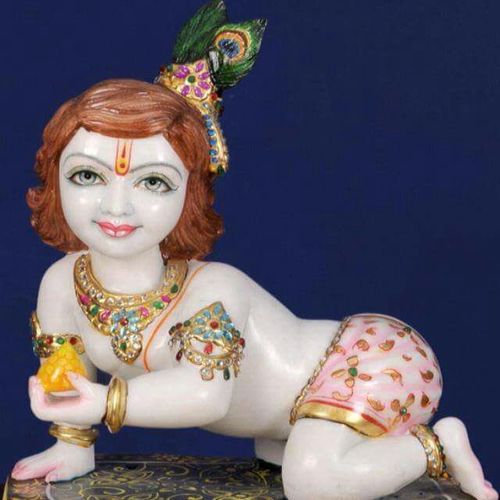 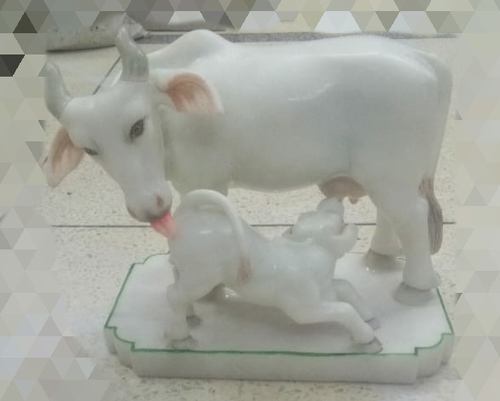 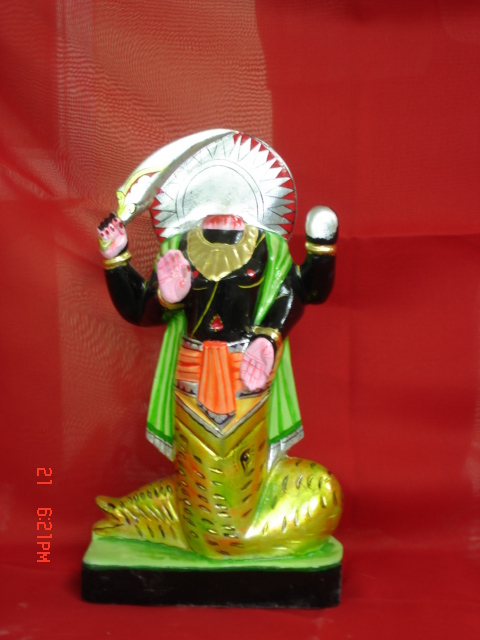